From Sutton Benger to Chippenham to Malmesbury to Bruges to Paris to…..Carnegie Hall NY! 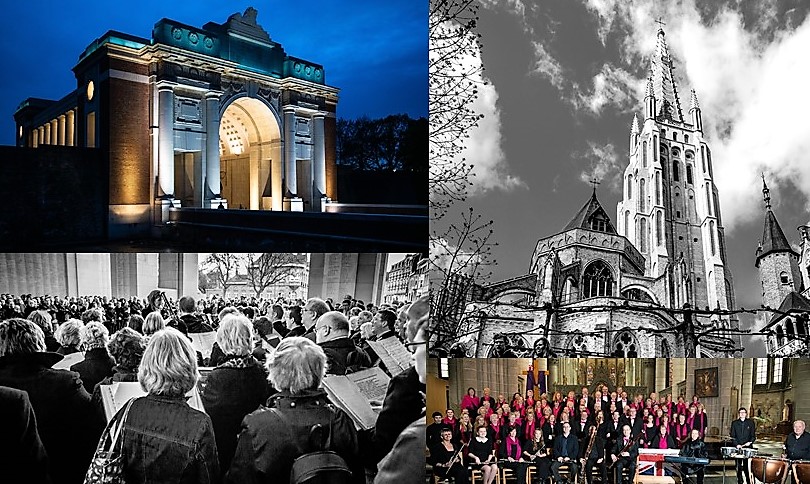 In 2014 the choir embarked on its first tour!

After performing a very nervous Flash Mob of Toto’s Africa at Folkestone, we nipped across to Belgium and had a fabulous time performing at some great venues – Sint Maartenskathedraal (Ypres), the Menin Gate (Ypres) and the Church of Sint Gillis (Bruges).

We were particularly excited to be invited to sing Fauré’s Requiem in the magnificent Eglise de la Madeleine, where the work was first performed in 1888. In the words of our Musical Director, Rachel McCorry:

“Although Faure wrote several works involving full orchestra he had a particular talent for smaller and more intimate settings which have won him increasing numbers of admirers. This work embraces an elegant subtlety and is particularly poignant as Fauré composed it shortly after his father’s death. Of the many settings for the Requiem, this is probably the most widely loved. Its gentle simplicity is ethereal and I challenge anyone not to be moved by the beauty of this humble masterpiece…

…We are an inclusive community choir and were thrilled to hear our application to Le Madeleine had been successful. Being invited to sing in the prestigious Paris landmark, La Madeleine, the building for which the work was composed, is a true privilege and I know it will be one of the highlights of our tour!”

The Village Singers represented the UK as part of a 250-strong international choir performing the US premier of his Symphonic Adiemus on 21st January 2019 at the Carnegie Hall in New York.

This is a huge accolade for a choir as young as ours and is a huge testament to the continued vision, passion and commitment from our Musical Directorship, Rachel McCorry (MD) and Paul Wendell (AMD) and the sheer hard work of the members who attend each week to be put through their paces